21 macOS and iOS Twitter Accounts You Should Be Following

With Apple’s signature developer event WWDC 2019 just around the corner, it’s a good time to think about your Apple-related Twitter feeds from an IT and security-related perspective. Are you keeping up with all the news that Apple want you to know about and (maybe!) some they don’t, like bugs, vulnerabilities and exploits?

In this post, we offer a curated list of all the best macOS and iOS related Twitter accounts to make sure you don’t miss a thing. 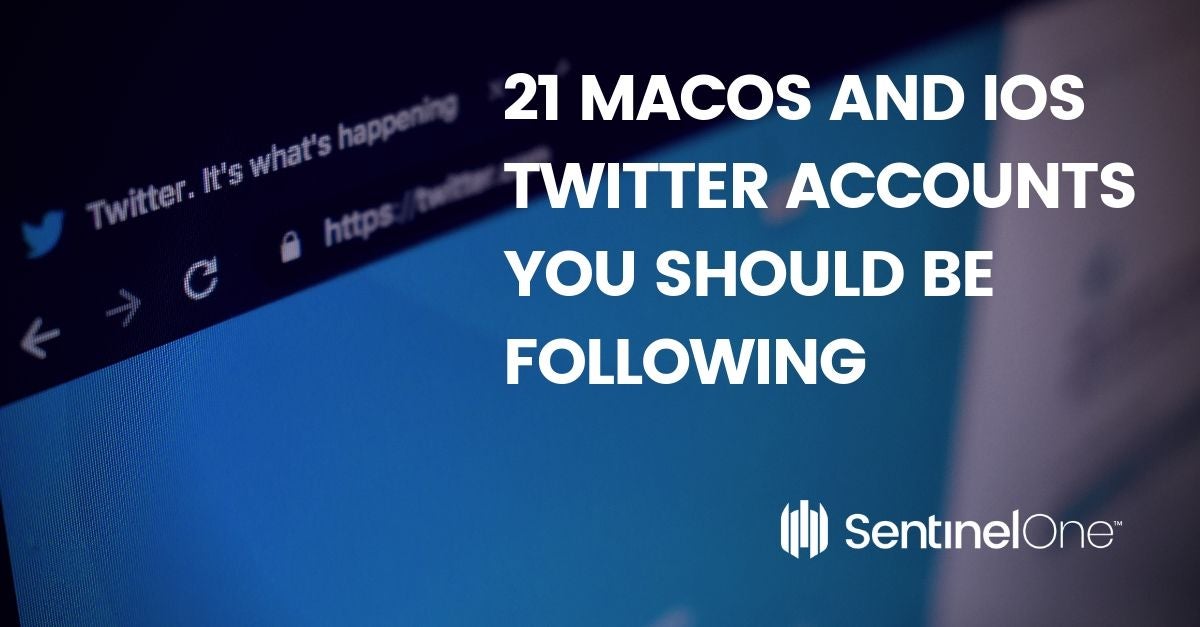 Michael Tsai’s Twitter feed curates news and opinions from across the entire spectrum of Apple-related news, blogs and Twitter feeds and is without doubt the best one-stop source for all things connected to Cupertino’s most famous company. Be sure to follow @mjtsai to keep up with the latest conversations.

Legendary Apple blogger John Gruber’s Daring Fireball website and Twitter feed are another great place to get all the latest news and retweets about what’s happening in the Apple world. If there is such a thing as a social media “influencer” in the Apple ecosystem, then @daringfireball is certainly it.

The engineer behind such crucial tools as the LLVM Compiler Infrastructure, an open source umbrella project that includes all sorts of toolchain related technology, and the enormously popular Swift programming language, Chris is heavily involved with developments in machine learning and Swift. Having worked at Apple, Tesla and currently with Google, if you have a bent for the deeply technical, @clattner_llvm is a feed to watch.

The multi-talented Patrick Wardle is a developer, researcher, reverse engineer, vblogger, blogger and host of the only Mac-focused security conference, Objective By The Sea. There’s not much that goes on in macOS security that @patrickwardle hasn’t got his eye on.

Developer and blogger, Howard tweets about his latest posts that dig into the underbelly of macOS. If you’re interested in learning what the macOS operating system is doing that you can’t see or didn’t expect, @howardnoakley is a busy feed that is always interesting and always informative.

Focusing on issues that affect Mac admins, Rich’s feed and blog are always full of fascinating technical insights into the dark corners of macOS, from filevault encryption to mitigating vulnerabilities. If you need to know how it works, @rtrouton probably has the answers.

An expert on iOS and macOS forensic analysis and incident response, Sarah’s Twitter account @iamevltwin and blog carry content about the tools, tricks and techniques available on macOS and iOS for revealing hidden databases, caches, logs and more that are of interest to digital forensic scientists.

Armin is the author of #scriptingosx, a curated roundup of macOS-related content that’s delivered via the web, email and Twitter. If you’re keen on keeping up to date with the latest in the Mac security and IT worlds, @scriptingosx is a great one to follow. 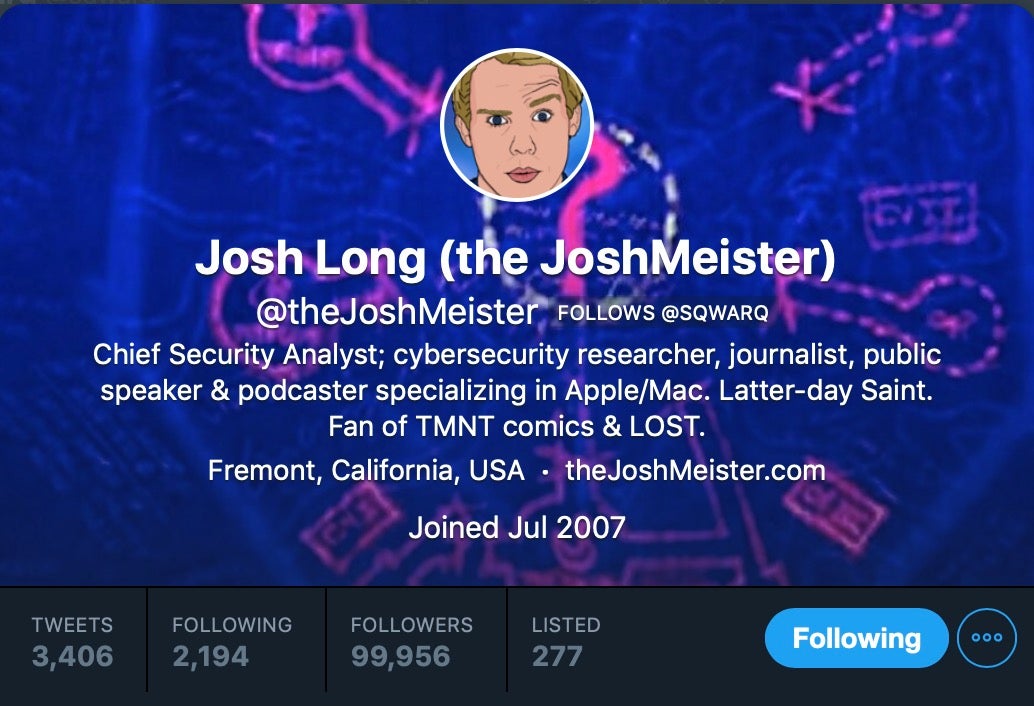 Chief Security Analyst and cybersecurity researcher at Intego, Josh is a frequent public speaker and podcaster. @theJoshMeister is a Twitter feed with an array of content relating to macOS security. And besides, Josh is only a couple of dozen followers shy of 100K. Let’s help him out!

Senior Threat Researcher with Carbon Black’s Threat Analysis Unit, specializing in digital forensics, malware analysis, and software development, Erika’s retweets and self-described “ramblings through the world of digital forensics research” are fantastically useful tips for the rest of us! Follow @gutterchurl if you want to keep up with the latest in these fields.

Widely-respected macOS reverse engineer and prolific tweeter, Pedro Vilaca describes himself as a “cyberpsychopath who loves to torture binaries for pleasure”. His content is a mixture of the personal, political and technical. If macOS reverse engineering is your thing, you can’t afford to miss @OSXreverser.

You don’t get 165K followers in cybersecurity unless you’ve got something to say, and Joshua’s knowledge and reputation within the iOS jailbreaking community mean that if you are interested in these areas and you’re not following @p0sixninja already, you’re likely one of a very small minority!

Among other things, Zuk Avraham is an iOS and macOS vulnerability researcher. Zuk’s a prolific tweeter and retweeter of iPhone and Mac bugs that could impact both personal and enterprise security. Follow @ihackbanme to learn about all the hacks everybody else is missing.

A former Apple security employee, now Senior Consultant at SpectorOps, Richie also develops the Venator security tool. His interest in incident response, digital and network forensics and security operations make @rrcyrus a valuable resource for anyone in the macOS community.

Security researcher and founder of antid0te.com, Stefan has a keen interest in macOS and iOS security vulnerabilities, kernel internals and reverse engineering. He’s uncovered several 0-day vulnerabilities in Apple’s code and @i0n1c is always worth keeping an eye on.

Author of macOS and iOS internals books, and widely regarded in the iOS jailbreaking community, @Morpheus______ is an unmissable feed if you’re interested in disassembling Apple’s code and understanding what makes their operating systems tick.

Formerly at Facebook and now with Apple, Mike has a formidable reputation in the Mac admins community as the go-to expert on macOS in the enterprise. A reverse engineer and python enthusiast to boot, @mikeymikey is a Twitter feed packed with useful info.

Developer of macOS software and browser extensions with a focus on privacy, Jeff keeps a close eye on bugs, vulnerabilities and updates to macOS that might be a cause of concern for either the privacy-conscious or for developers. @lapcatsoftware is a Twitter feed for those that want to learn about the secrets of macOS that Apple didn’t want you to know.

Reverse engineer, crackme writer and iOS jailbreaker, Luca is a multi-talented independent security researcher. Follow the extremely likeable @qwertyoruiopz for insights into the latest hacks, cracks and RCE vulnerabilities in Apple and other products.

A reverse engineer and “algorithm guy”, Niklas is a hacker “dabbling in vulnerability research”. He specializes in pwning browsers and kernels, and is captain of his own CTF (Capture the Flag) team. @_niklasb is a great feed to learn about new Apple operating system exploits.

All of the accounts in our list are people who are experts in their field, so be sure to follow these 21 great Twitter feeds in order to keep up with all the official and unofficial security and IT-related news about Apple products. Of course, here at SentinelOne we understand the importance of Apple’s platforms, too, which is why we have our own dedicated macOS and iOS research and development teams, so don’t forget to also follow us at @SentinelOne to keep up-to-date with all our latest technical, research and security news affecting Apple enterprise products. 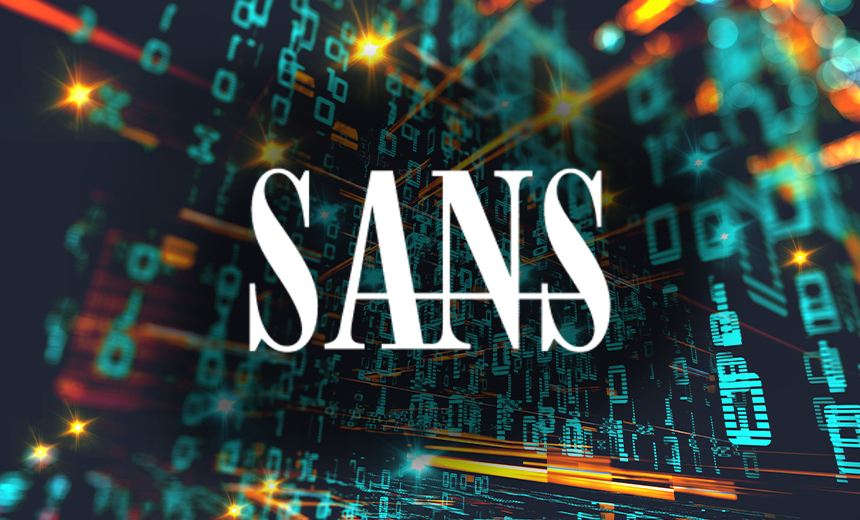 The Good, the Bad and the Ugly in Cybersecurity – Week 33 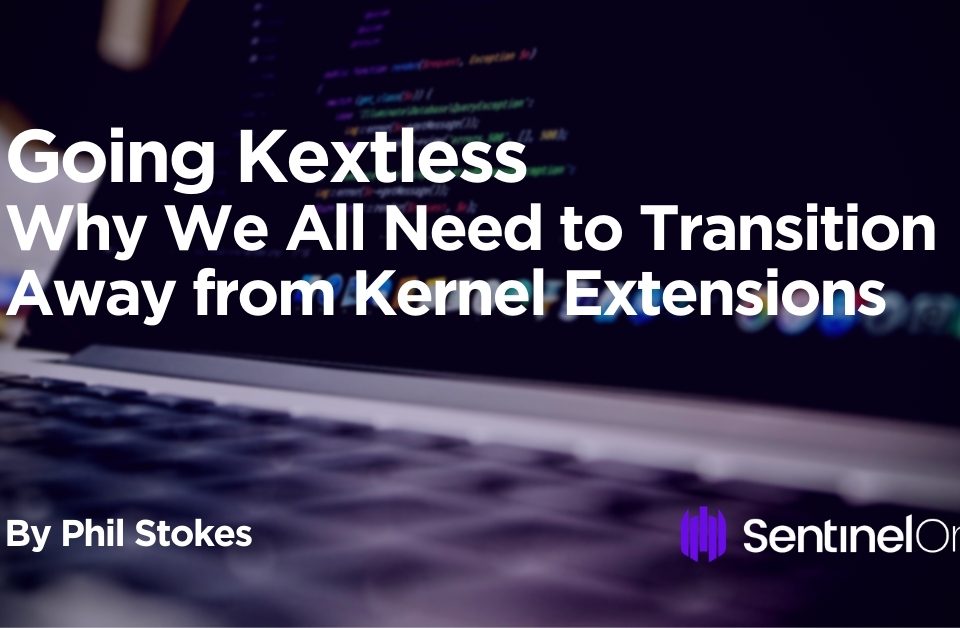 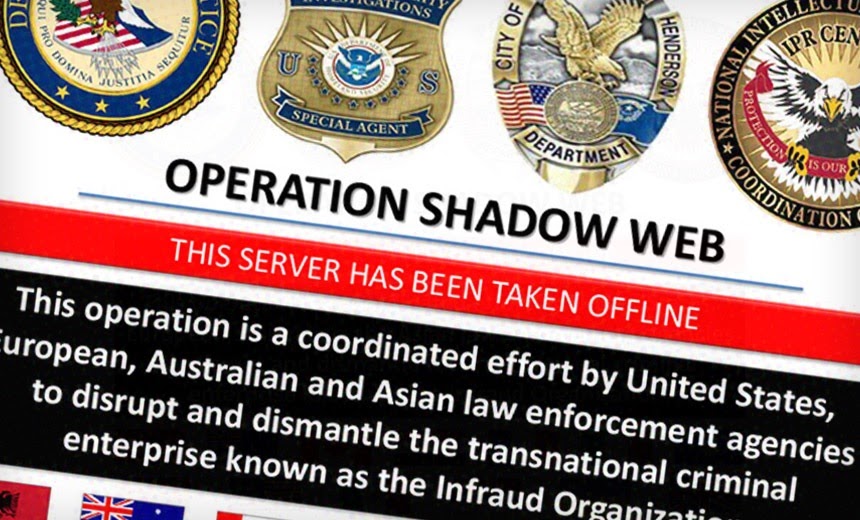 The Good, the Bad and the Ugly in Cybersecurity – Week 32