How our customers are using MongoDB Atlas on Google Cloud Platform

At Google Cloud, we see databases as the essential building blocks of a cloud infrastructure. Our partnership with MongoDB gives you the benefits of a modern database service in a cloud-native way. At Next ’19, we announced our plans to integrate MongoDB Atlas into our platform, so you can access it from Google Cloud Platform (GCP) with a unified user experience along with the rest of our platform. We have since made significant enhancements to the experience for our customers though a number of integrations.

We continue to work with MongoDB on a number of additional product integrations that we’ll make available in the future, all to keep striving to provide a first-class experience for MongoDB Atlas on GCP.

How customers are using MongoDB Atlas on GCP
MongoDB is already popular because of its usability, scalability, and performance, and this tight integration with GCP is really driven by our customers. More and more of our customers are choosing to run Atlas on GCP for a variety of needs, such as managing large-scale product catalogs of popular e-commerce websites, building great customer experiences by managing disparate pieces of data in a unified way, or building modern global web and mobile applications. Here are a few recent stories we’ve heard from users.

“Auto Trader is constantly looking at ways in which to enhance our technology landscape, and MongoDB Atlas running on GCP has unlocked massive potential in our architecture through agility in scaling and resource management, seamless multi-region clusters, and premium monitoring as standard,” says Mohsin Patel, principal database engineer at Auto Trader UK. “We have also significantly reduced complexity, allowing our developers to focus on the innovation that drives our products rather than the infrastructure it sits on. The partnership between MongoDB and GCP to provide a single, unified platform in the Google ecosystem further solidifies our decision 12 months ago to make the leap onto Atlas within GCP.”

Adding scalability. Australian company TEG uses MongoDB running on GCP to help power its busy website and mobile apps for its ticketing, live entertainment, and data analytics business. It recently launched TEG Marketplace, its secondary ticketing platform, powered by App Engine and backed by MongoDB Atlas clusters. That lets TEG scale to zero for cost effectiveness. TEG also uses MongoDB Stitch to feed transaction information into their MongoDB Atlas cluster, as well as database triggers to feed data in real time to downstream platforms that are used by partners and venues for insights into trends and ticket sales performance.

“At Universe, we made a decision to go all-in on Google Cloud, and having MongoDB Atlas available on GCP helped us tremendously,” says Josh Kelly, CTO at Universe. “As soon as we onboarded to Atlas, we started seeing value in it. The Performance Advisor tool helped us evaluate slow-running queries to optimize our indexes. We were very pleased with how simple it was to use, while being highly performant. MongoDB Atlas has been complementing our use of GCP technologies like Cloud Pub/Sub, Cloud Dataflow and BigQuery, which we use in tandem with Atlas to build a robust data pipeline.”

Adding speed. Warehouse management software company Longbow has found value in using MongoDB Atlas running on GCP. “Customers choose Longbow to streamline operations by turning their supply chain data into a competitive advantage through real-time visibility and distribution data services provided by our Rebus platform,” says Alex Wakefield, CEO, Longbow Advantage and Rebus Data Services. “In order to offer disruptive technology like Rebus, we depend on disruptive infrastructure. MongoDB Atlas on GCP is SOC2 compliant and allows us to keep our team highly efficient and focused on developing the application instead of managing the back end. Additionally, Atlas and GCP gave us great responses that we weren’t getting from other cloud vendors.”

Through this seamless MongoDB Atlas-Google Cloud partnership, we’re bringing customers value and the freedom of choice when it comes to building modern applications in the cloud. The feedback from our customers has driven us to invest even more in our partnership with MongoDB and provide a great product experience. You can find MongoDB Atlas on GCP in the Marketplace. Stay up to date on this week’s MongoDB World, and get in touch to learn more. 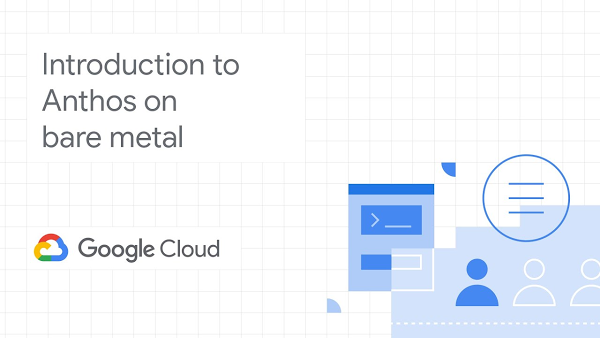 Hands-on with Anthos on bare metal

Build your own workout app in 5 steps—without coding